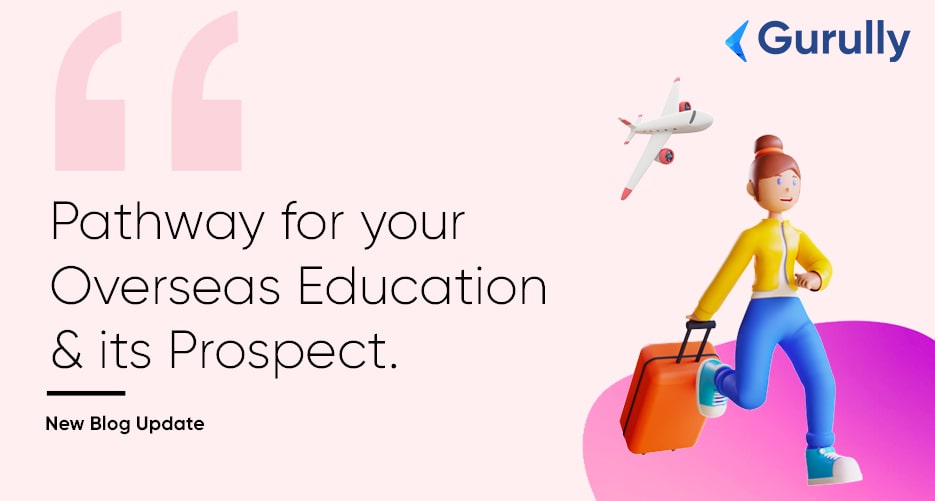 Pathway for your Overseas Education and its Prospect

The importance of education is not unknown. We all know that education is the only tool that can help us to shape our future and earn a better living. But, when you have an overseas education, the outcomes are more promising and lucrative.

Having a graduate or post-graduate degree from a reputed overseas university can leverage your career up to an unfathomable extent. Studying abroad is no longer a trend. It’s the need of the hour. This is in your checklist then this article is what you should refer to as it talks about the pathway to be followed for overseas education.

Overseas education was never as accessible as it is now. Learners/scholars have the entire world to explore. However, there is one stumbling block that always hinders the learning journey of the non-native speaker and it is the English proficiency test.

This is the first step that will make you a step closer to your dreams. Here is a list of common English proficiency tests that an overseas education aspirant has to pass to secure a seat in a foreign university.

Required in Countries like Australia, Canada, New Zealand, the USA, and the UK.

IELTS or The International English Language Testing System is one of the most common English proficiency tests. There are two versions of this test-Academic and General Training.
To seize an overseas education opportunity, you have to go for Academic IELTS. Its score is accepted in 10,000+ institutes and training organizations across the globe.

PTE or Pearson Test of English aims to testify to the reading, speaking, listening, and hearing ability of a non-native candidate in the English language. It’s a computer-based test and can be attempted from any part of the world.

If you have plans to pursue graduate or post-graduate in any of the Canadian universities then you must pass CELPIP or the Canadian English Language Proficiency Index Program. It is also required for immigration purposes. Conducted by Paragon Testing Enterprises, this test is available in two versions -CELPIP-General and CELPIP-General LS. This test has been designed to monitor reading, writing, listening, and speaking skills.

The Duolingo English Test(DET) verifies English proficiency for international students and academic institutions. The test can be taken online anytime, anywhere without an appointment at home. Just you need a computer and webcam.

Accepted by 130 countries including the US, the UK, Australia, New Zealand, France, Germany, Canada, etc.

Passing the TOEFL exam makes you a certified English language expert and helps you grab a seat along with a scholarship in a foreign university. This test is accepted by around 10,000 colleges and universities. The test is conducted almost around the year and students can register 24*7.

Required in the UK

CAE or Cambridge English is a valid proof of the English language ability of a non-native speaker and is accepted by all the UK –based universities.

Required in the UK

CPE or Cambridge English: Proficient is what you need to pass while you aim to study in UK-based universities. It’s available in both pen-paper mode and online mode and is conducted over 130 countries across the world.

The Future Prospect of Overseas Education

No wonder why more and more students are opting for overseas education. At present, there are around one million international students in the US. Overseas education is gaining pace with each passing day.

You would be shocked to know that India is the world’s second-largest source of international students. As of July 2018, there were around 753,000 Indian students abroad in countries like Australia, the US, the UK, and Canada.

Employers have also a great affinity towards the students who have earned a degree from a global institute. A recent survey from Employability and Study Abroad revealed that around 29% of employers prefer hiring a candidate who has studied abroad.

The same survey also revealed that 41% of employers are ready to pay a higher-end salary for a foreign graduate candidate. The survey is a clear indication that overseas education is on the surge and receiving a positive welcome by the industry as well.

Today’s era is the era of globalization and cut-throat competition. The only way to make amends with this situation and remain afloat is overseas education. International exposure and skill knowledge are the two most essential components of the 21st century. So, go ahead and study abroad. But, before this, pass an English proficiency test with the help of Gurully – an online English proficiency test practice platform. 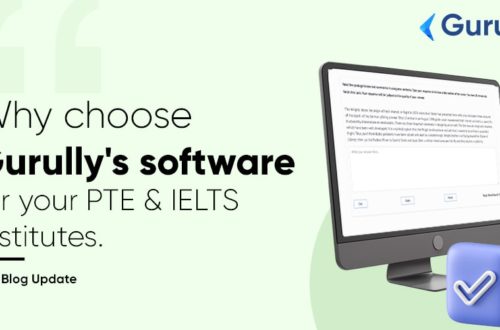 Why Choose Gurully’s Software for your PTE and IELTS Institutes

Give IELTS Exam Using the At-home Testing Facility with Gurully 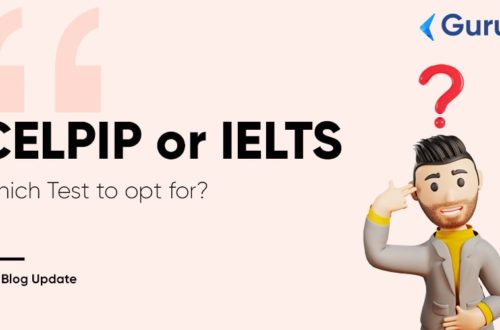 CELPIP or CD-IELTS: Which English Proficiency Test is right for you?